I think the first shout out of the weekend must go to the Marshalls at Southend Half, too many to mention and I would hate to miss anybody out so a big thank you to Bobby and all the team. In Islas words you made us all feel like Films stars with your cheers and name checks the full length of the promenade.

To the race itself we had PB’s, 1st timers and team trophies – just another weekend in the life of BRC! 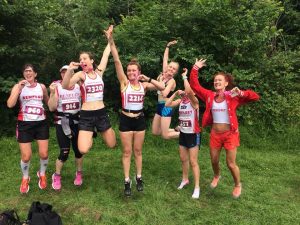 The women’s team did not quite keep up with the boys but still came an impressive 3rd with Isla Sinclair leading the way with a fantastic 28th women home and only missing her PB by 3 seconds! In 1.43.10 followed 15 seconds later despite suffering badly with cramp by Danielle Giannotti (30) in 1.43.25 and a massive PB of over 13 minutes and then Nikki Leigh (77) in 1.49.13. 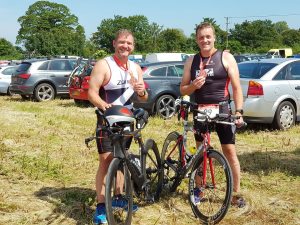 Last but not least Mark Cowan competed in his 1st Mid Distance triathlon. Set in the Heart of the Picturesque Cotswolds Mark completed a 1.2 mile swim in 46.25, a 56 mile bike ride in 2.59 and a nice little half marathon run to finish in 2.27. Despite a number of challenges including cramp Mark  finished in 6.21 and position 644 out of 826 competitors.

Sunday’s sweltering heat was hardly conducive to running 13.2 miles, yet Benfleet Running Club’s indomitable spirit saw its members achieve excellent times at the Southend Half Marathon, winning the club a couple of accolades to boot. […]