Following a relatively quiet weekend last week BRC were back to their best again!

Our biggest contingency was at the tough, draining Harp 24. This yearly event held in Rochford is a 24-hour race where you can enter a number of combinations of teams ranging from solo to a team of eight either mixed or single sex. Each team member has to take it in turn to run the 4.2-mile trail route and the team who completes the most laps over the 24-hour period is the winner. We had four teams at the event a men’s 8, two mixed 8’s and a mixed 5. 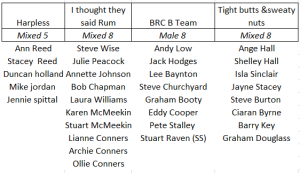 The weekend was eventful to say the least with courageous performances, injuries, trips in the ambulance, BBQ’s , booze, but most of all a great team spirit! 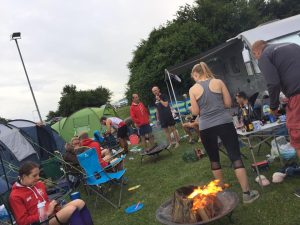 No race weekend would be complete without a few Benfleet trophies and this one was no exception, our boys team of 8 ‘BRC B Team’ came first despite Eddy’s 4am black out mid lap. The Boys completed 48 laps in 24 hours and covered 201 miles beating all other teams across all categories. Lee Bayton also got the record time lap time in an impressive 24.06 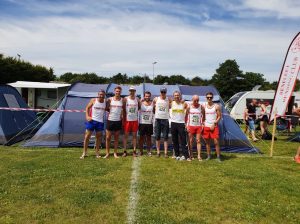 Harpless – Ann Reed & Duncan Holland were joined by two BRC past members Mike & Jennie as well as Ann’s daughter Stacey and came 3rd in the mixed team of 5 category, clocking up 130 miles and 31 laps and a bloody knee for Duncan with a fall in his very last 300 yards!

Also 3rd in their category was the mixed team of 8 ‘Tight butts &sweaty nuts! Only 3 laps behind the winners they completed 42 laps and 176 miles. 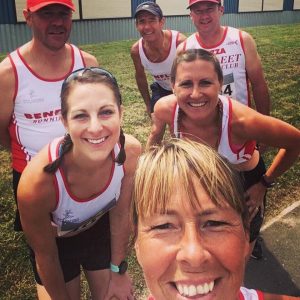 Beating their target of laps completed last year, but probably winning on the BBQ and booze front was the aptly names ‘I thought they said Rum! Who finished 28 laps. 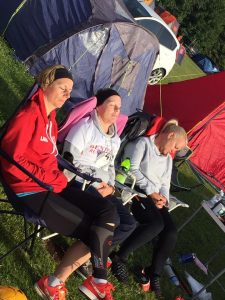 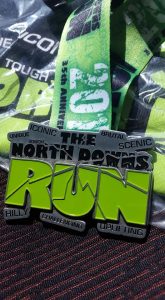 Last but not least Dan Lyons competed in the North Downs Run – 30k of trail running in Kent a picturesque but hilly event which he completed for the 3rd time in 3.15.23 and position 273 out of 531 – not his best time at the event but not bad considering he only decided to enter the night before!

Written by Ian Pike BRC’s weekend of racing got under way on Saturday morning this week with Sam & Brian Venton taking on the Ferndown 5km in Dorset. The 26th county in Sam’s challenge to […]