Well what a busy weekend BRC has had participating in swimming, running and cycling events . This Just shows what an extremely versatile bunch of members we have.

First was the Ingatestone 5 mile run, which was the BRC Grand prix event . We had a great show from the red and white army , who all put in strong performances to grab us a 3rd place team prize . Well done to all the runners, especially Sinead Clark who was first home for the ladies. 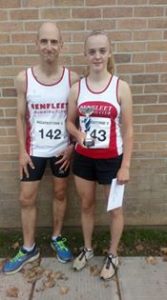 We were represented at the Welwyn Half marathon by Ciaran Doherty who finished in a time of 1.29.25 which made him 89th in a field of 265 runners . Amazing running Ciaran .

Keith Luxon sneaked an amazing first place in the Enigma Goldrush Marathon in a time of 3.24.07 and Steve Kjar took part in the Hare & Tortoise 6 hour race and managed a spectacular 29.5 miles finishing in 3rd place . Congratulations to you both .

Sean & Carla Allison competed in the race to the Thrones Marathon, Sean finished in 4.57.58 and Carla finished in 5.35.02. Awesome running guys.

Ian Caldwell managed to ( JUST) survive the W.A.R warrior adrenaline race this weekend aswell. Hopefully he hasn’t injured himself too much and recovers for Tuesdays effort session .

Further a field Ann & Paul Reed took on the Disney Castle to Chateaux Challenge in France . They ran 5k, 10k & a half Marathon in 3 consecutive days . The medals for this event look awesome and we will be looking forward to seeing them at the club this week. 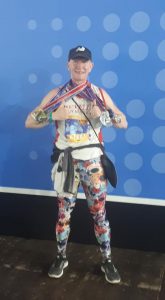 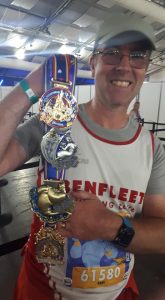 Steve Wise , Kevin Massey & Isla Sinclair all took part in the swim Serpentine . This is a 2mile swim course on the Serpentine in Hyde Park . Congratulations to you 3. 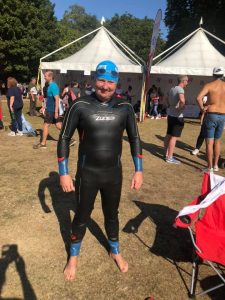 Last but not least Ruth Hall represented BRC in the London to Brighton bike ride, Congratulations on completing your challenge Ruth

Well Done to everyone , who raced at the weekend , just a thought for us all ahead of training this week …You never Know your limits until you push yourself to them .