A busy weekend for BRC with runners from The Cotswolds and Dorset up to Sunderland and a few in-between, with 100k’s, Marathons, ½ Marathons, 10 miles and 10k. Results ranging from disappointing injuries, PBs and trophies so this may be a long report!

Furthest afield was the Maverick race in Dorset where Lee Bayton continued his winning form with a 3rd place finish in the 23km trail race with over 2000ft of elevation finishing in an impressive 1.40.19 only just under 6 minutes behind the leader. He was joined by Jack Hodges who after his hard work in club night hill training this week battled the hills in 1.56.51 and position 22 out of 170 runners. 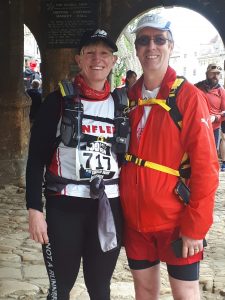 Ann and Paul Reed took on the daunting 100 mile Cotswold challenge in their biggest race to date from Bath to Cheltenham over 4 days. After completing the 1st 3 stages of 72 grueling miles of trails and hills they had to retire due to Ann’s injured toe. Whilst bitterly disappointed, not to be beaten they will be returning in September to complete the final 34 miles.

Dan Carter took a rest from marathons this week and competed at the apparently not so scenic Sunderland half! Dan finished 17th out of nearly 1200 runners in 1.22.03. 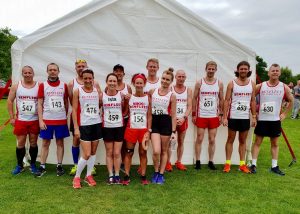 Our biggest turnout was at the Great Baddow 10mile where we had 16 runners. Our men were on top form with positions 2 James Caldon in 57.34 followed 4 seconds later by Chris Wayman in 3rd then by Andy Low with a 54 second PB in 4th in 58.10 earning a him a 1st Master trophy for age category and the men a 1st team prize. 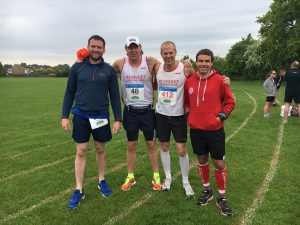 Well done to everybody, I appreciate with this many races this is a bit of a long read so I will think about a better format next time!

Thorpe Park Marathon Andrew Low of Benfleet Running Club, proved his amazing run of form again at Thorpe Park Half Marathon. Low not only secured 26th place overall, but he also managed to cross the […]

There were perfect conditions for the Tunbridge Wells Half Marathon on the 19th February. Two competitors made the journey to Kent from Benfleet Running Club to take on this hilly, scenic and challenging route. First […]