What a cracking way to start the bank holiday weekend off with BRC taking over Hadleigh Park Run. Congratulations to Graham and the willing team of 20+ volunteers that made this possible. Over 200 runners completed the 5k run and going by the great photos taken by Kelly and Stephen they all enjoyed it, in their own way!

Sunday belonged to Ruth Hall, Andrew Low and Sean Allison who were pounding the streets of Edinburgh for the 17th Marathon Festival. Ruth completed the half marathon and had a great run gaining a 2min 16sec PB coming in at 1.54.40. Andy completed the full 26.2 in 2.54.28 and Sean in 4.37.13. ‘S math a rinn thu’ all of you. 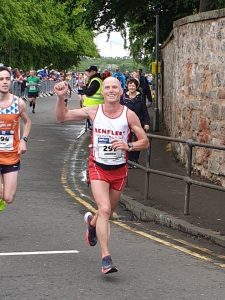 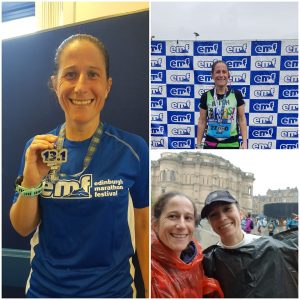 The weekends finale was The Vitality 10k. 19,465 people completed the race. A firm favorite of many a red and white runner. Founded in 2008 it starts in The Mall, heading down The Strand toward the City before doubling back past The Houses of Parliament and finishing outside Buckingham Palace.
Sir Mo triumphed for the 7th time in 28.14. Steph Twell was the first lady home in 31.55. She also broke a world record for the fastest mile whilst holding her husband, Jo Morwood’s hand!

A fantastic weekend of organising and running from BRC with a great amount of PB’s being clocked up. A Huge Thank to all the volunteers and Congratulations to all that ran.

This weekends races started on Sunday with the Burnham 10k and a win for Andy Low who finished the race in 36.41 also securing him a 1st V40 – not a bad performance for somebody […]